Meeting the Talent Needs of Tech Leaders: Are You Up to the Job?

It’s no secret that talent is top-of-mind for today’s business leaders, including Chief Information Officers (CIOs).

But, as Cushman & Wakefield Global CIO Adam Stanley has written, IT talent acquisition has not quite kept up with the ever-changing needs of the modern organization. He asks CIOs, “How many of your wish lists from your teams still include lots of ‘old skills’?”

Stanley argues that “competence metrics” may be overrated—and overemphasized--considering the ever-accelerating rate of change technology has wrought on organizations of all kinds.

A number of tech executives agree, including Verizon CIO and Technology Architect Roger Gurnani. He told Forbes, “Talent is probably the most important thing that technology organizations do.” But, he added, “When it comes to talent you cannot focus on specific skills or specific jobs. You have to think of it from the perspective of creating an environment where people can build careers and make it rewarding for them but also rewarding for us as an employer.”

For example, more tech leaders are making industry experience optional—a departure from how they have approached searches in the past. In 2016, TD Bank hired 2,000 people for its technology group, three quarters of whom had niche technology skills. But in 2017, CIO Jeff Henderson told the Financial Post, about 65 percent of the 1,000 new hires he seeks—including data scientists and artificial intelligence experts—will probably come from industries other than banking. The reason? Banks, relative to other industries, are behind.

Delta Airlines SVP and CIO Rahul Samant told News Hub in 2016 that while he, too, is laser-focused on hiring new talent and retaining a highly skilled workforce, “ultimately, our aim is to blend those with expertise in the airline domain with those who have backgrounds in contemporary technologies, like Cloud, API’s and mobile."

For some tech executives, a winning recruiting strategy is to partner with schools to identify those whom they can groom and grow. McKesson’s EVP and CIO/CTO Kathy McElligott told Forbes in 2016 that McKesson likes partnering with universities because it seeks diversity in age. Plus it has found that these partnerships—through research projects or internships—provide a valuable recruiting pipeline.

“This helps us on the competition point because people can get in, see what we are doing, get excited about the mission of the company—which I think is a great recruiting mechanism—as well as see where some of those innovative ideas and technologies are being used in our company,” McElligott explained. “When they see that, it is a nice draw to bring them into McKesson and that has worked well for us.”

Citigroup is located close to the Borough of Manhattan Community College and its 26,000 students in New York City. Citigroup’s Head of Technology and Operations Don Callahan described that proximity as an opportunity for the company to connect with students who love computer science. Citigroup is also working with universities all around the world, from Oxford to Cornell, bringing in teams for special projects on information security to see if they’re the right fit for Citi. As a dividend, Citi gains insight that helps the company create an environment that inspires the same passion for building a business as might be found in a startup, giving Citi an edge in its recruiting.

Purpose and passion are up there with compensation when it comes to recruiting in the competitive tech arena. Merck, for instance, believes it has a distinct advantage when it comes to attracting brilliant data scientists. CIO Clark Golestani has said that finding meaning and value in the work is paramount in Merck’s culture.

So, while data scientists could certainly go to Wall Street and make a lot of money, he pointed out, could they look back over a 40-year career and say they’ve changed the world and saved lives? “The answer would be yes at Merck,” Golestani said. “To optimize vaccine supply, our data scientists who worked on the effort do not refer to ‘increased number of doses’ or ‘increased revenue’; they talk about ‘lives saved today.’”

Passion is also about the excitement of the work itself, tech leaders say. In Experian’s ongoing quest for qualified IT talent, it strives to bring to life how cutting edge its organization is. CIO Barry Libenson told ComputerWorld, “People are interested in learning and working on these new kinds of things, and they like a company that is embracing leading-edge technology. I think Experian has done a good job in providing a compelling story as to why this is a great place to build these kinds of things. We’re doing cool stuff, and we have strong technology leadership across all the lines of business, which also helps attract talent. And we make sure our developers get exposed to our customers so they know why this is important and how impactful it can be."

Upskilling for the Future

A 2016 PwC survey found that U.S. manufacturers are racing to lure tech-savvy talent and/or upskill existing talent in order to harness disruptive manufacturing technologies. According to the report, in-house training is the most common strategy for upskilling employees in advanced manufacturing, following by recruiting local STEM students and offering outside vocational training.

Of course, many other industries are upskilling, because most see technology as playing an essential role in every aspect of the business. And that takes us right back to the need to think beyond current skills when it comes to talent—both new millennials and existing workforces.

CNA Financial is upskilling its IT team in new skills and competencies. CIO Raymond Oral explained that five years ago, the company knew that it needed to upskill on business analysis. “So we focused very heavily on trying to attract new college grads into the BA field, while at the same time redeveloping our training programs for in place employees so that they could upskill as well…. As we started to think about how we needed to reshape our training programs, there was a natural tendency to look at the schools that we worked with, and the interns, and frankly, we actually leveraged some of the interns that came in and some of the rotational employees to help us understand what it was we needed to do.” Ultimately, the programs Oral and his team established were so attractive that longtime employees asked why they couldn’t participate as well. “And so many of the programs we’ve put in place for the new employees that are coming in from the outside we’ve also put in place for our existing workforce.”

An important part of Nationwide’s IT strategy is to become a learning-driven organization that anticipates and adapts to change, reported Deloitte University Press. The company knows that the size and skill sets of its IT workforce today will be substantially different in the future. So it has had to evaluate a variety of approaches, including how it recruits and trains employees.

“Nationwide IT has teamed with our company’s human resources and sourcing and supplier management groups to take a fresh look at workforce needs, organizational optimization, and associate readiness for change. Together, we are working to better understand our workforce acquisition process and the way we deploy internal and external resources,” said Nationwide’s Michael Keller.

For recruiters, the takeaway is this: you need to understand not just required skills, but the bigger picture vision and context that your IT leader clients are considering as they staff their teams.

Are they thinking ahead to their technology needs five or more years from now and anticipating how the person hired today can adapt to the inevitable changes coming down the road? Are they a place that the most talented tech people want to build their career because it will feed their passion? Do they have the capacity to keep their workforce up to date with training?

The more you know about where your client is headed, they better positioned you will be to help them find the right talent at the right time, now and into the future. 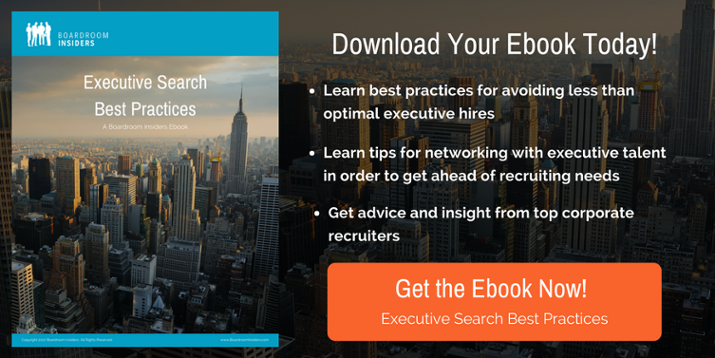